An Interview with Educator, Editor, and ‘The Memory of Orchids’ Author, Cherri Randall 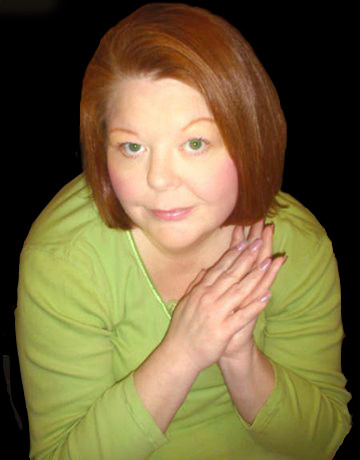 I had the opportunity to interview educator, editor, and author Cherri Randall, and it was fascinating. She has written numerous essays and the novel, The Memory of Orchids. She also teaches creative writing classes and works as an editor for the Writer’s Digest critique service, 2nd Draft.

Kathryn Schleich: Where did you grow up?

Cherri Randall: I was born in Odessa, Texas, and we moved to Frederick, Oklahoma, when I was two. I was there until I was 18, then moved to the big city of Lawton, Oklahoma.

KS: Have you always had the desire to be a writer?

CR: I’ve always been a storyteller. I embellished every event of my childhood, which my parents considered “lying” and I considered improvement. I wanted to be an actress and a singer/songwriter, was in a band in the early 80s, big hair, sang all the girl songs, strummed a guitar. My songs had interesting lyrics—to me anyway. I grew up in a very religious and conservative environment and college was not an option ever offered to me. I was taken out of high school my senior year. Married, had two kids, figured out I had to go to college to get a better life for us. I had my GED, signed up to be a psych major. Thought I’d be a guidance counselor for high school kids so none of them would have the big gap in their lives like I did. I thought English majors diagrammed sentences all the time. Then I got the school catalog, saw a creative writing class, changed my major, and never looked back. Finished my BA in three years magna cum laude.

KS: Do you recall the first piece you had published?

CR: My first published job was writing a newspaper column for the Frederick Daily Leader called “Mommy Tracks.”  My daughters (and now my grandson) give me my motivation and happiness. I got a cheeky little essay published in a magazine for cats about the same time another essay came out in Radiance. The cat essay paid $300, a fortune back then—1997—and the other piece was $60. I took my girls shopping and they got new winter coats and Red Lobster. I thought I had arrived.

KS: What is your educational background?

CR: From GED to PhD is what my girls laugh and say my epitaph will be. I had been accepted into the Master of Education program for English teaching at Cameron University, but my advisor, the wonderful writer and current Dean of Arts and Letters at the University of Arkansas-Monticello, Mark Spencer, told me to at least apply to some graduate programs in creative writing so that I would be able to look back and know I could get in. I looked at all of them online, around January of 2000, and the only one that did not require the application fee up front was the University of Arkansas. If you were accepted and wanted to attend, then you paid. It was a whopping $40 back then, and nowadays they ask for the fee up front. At the time I could send my portfolio with no cost.

Sometime in early February I got an acceptance letter. I was pretty bummed out because I could not pick up and move me, my husband, and our daughters—10 and 11 by then—to Arkansas. I went to my advisor, and he was so surprised. Arkansas is a four-year program, one of the oldest and certainly the most academically rigorous in the country. They accept between six and nine students per year. Pretty soon my entire faculty and all my classmates were telling me I had to go. I finished my MFA and then entered the PhD program and graduated in 2008.

KS: In 2011 you published your novel, The Memory of Orchids, about three women serving two-year prison terms for vastly different crimes. The theme resonated with me because I support a nonprofit here in Minnesota that sponsors a writing program available to female inmates in the county jails. These women learn the fundamentals of writing poetry and are published in a quarterly book distributed to Minnesota libraries. Most of them are serving time for drug related offenses, but from the chapters of Orchids I’ve read, I see similarities between their raw and powerful poetry and the situation of your characters. What was your inspiration to write about these women?

CR: Before I had kids, I was one of those women incarcerated in jail with them. August to December of 1986. Nobody came to help us write poetry either. I got a full pardon later, after I finished college. I have told very few people where the book came from.

KS: Describe your writing habits. Do you incorporate those habits into other realms of your life?

CR: I’m OCD in a lot of ways but having children and now a lovely grandson (Atticus—my daughter named him for Atticus Finch in To Kill a Mockingbird) means I also can interrupt my schedule depending on what they need. The most important thing I do as a writer other than write, edit, and teach, is READ. There is no time for mindless TV or going down rabbit holes on the internet.

KS: What is the best writing advice you have ever received?

CR: In undergrad classes with Mark Spencer, we always waited for those rare occasions during the workshop when he would tell one of us to “cut it and send it.”  Meaning, after you edit it with all our comments, submit it for publication somewhere. Every time I think something is finished, I go through and cut it again first.

KS: On the other side, what advice would you give aspiring writers?

CR: Read everything. Write every day. Remember bad grammar is like showing up for an important job interview in flip flops. Doesn’t matter if you can do the job or not, you still look like you don’t respect it, and you’re out.

KS: That is tremendous advice and a great analogy regarding incorrect grammar. I have read frustrated author blogs on how some writers rely on the computer grammar and spell check even when it is clearly wrong. That’s another reason for always using an editor. What would you like your legacy as a writer to be?

CR: I remember when Nadia Comaneci had all those perfect scores in the Olympics, but watching her, it just looked so easy, like everyone should be able to just gyrate and flip and rotate like that. When someone has mastered their craft and realized their full potential, they make whatever they are doing look easy. The hard work of getting to that point disappears in the finished product. I’d like people to read my books (and I think there are going to be more of them) and say wow, she made that look so easy.

KS: You have daughters. Any of them catch the writing bug?

CR: My daughters did not get the writing bug at all. They both have impressive vocabularies and know their grammar, but one is an aesthetician and mom, and one is a nurse. I bought a new hall runner rug when they were in college, and the ends kept rolling up. I had it between their two rooms, so I told them to get some big textbooks and hold down the corners till the rug got trained/straightened. A few days later I was taking their laundry down the hall and looked at the four books. Genetics, drug interactions, microdermabrasion, and the complete dictionary of cosmetic ingredients. (Did you know that in the UK, those governments have a list of over 2,000 components that cannot be used in cosmetics whereas in the U.S. that list is like 20?) I said, “Oh my goodness girls, all these thick books and not one Riverside Shakespeare between you?” They still laugh about that.

KS: What are you currently working on?

CR: I’ve got two big projects going on.  A memoir called Crave and a novel called The Past Tense of Wick.  I don’t believe in writer’s block, but I do think you can drain your creative pool if you don’t take care to replenish. I almost always have two or three things going on. I go back and forth to keep fresh. And I read a lot, so that keeps me thinking.

KS: Any other important insights you would like to add?

CR: I read a lot of manuscripts that are basically wannabes. The next Hunger Games, Game of Thrones, Twilight, Harry Potter, et al. One thing that is not helpful at all is fan fiction. Don’t rob someone else of their universe and don’t copy their ideas. Make up your own characters and your own universe. Be innovative. Not reactionary.

KS: Your advice about avoiding fan fiction has great merit. One aspect I’ve found to be true with my own writing, is that I’m not interested in trying to copy the success of other authors. Thank you, Cherri, for a terrific interview.

Learn more about Cherri Randall’s writing in the Poet and Writer’s directory.