Are You Sure the Problem is Show, Don’t Tell?

‘Show don’t tell’ is common advice. It’s been unpacked in dozens of blogs. Luckily, this won’t be one of them. That’s because it’s repeated so often, it crowds out other important writing errors such as, pace.

Pace is all about rhythm and speed in a story. Think: how much time has elapsed in each scene? I’ve been teaching creative writing online since 2009, and I can tell you at least 75 percent of first drafts have way more issues with pace than with ‘show don’t tell.’ Yet we hear far more about show don’t tell than pace. Could we be confusing the two at times?

What might be lacking in your work is not the need to dramatize your descriptions rather than plainly stating them. It might be that you need to slow down. If it was great writing, if you were really describing the internal emotional state of your character without clichés, I can guarantee you that criticism would not be there, regardless of ‘show don’t tell.’

That criticism might really mean the reader detects an urge to skip an important scene. For example, a character dies and a funeral is the natural next chapter. But the writer is reluctant to spend time on the burial scene: it’s uncomfortable; cliched writing is unavoidable; ditto for sentimentality; there’s no action; it will slow down the climax. Excuses abound.

“The funeral was held in the morning. It rained and Savana felt as though the whole thing was surreal. Afterwards, the house was crammed with strangers.”

This brief funeral description is often a mistake because the reader (hopefully!) is feeling emotional—sad or thrilled—about the character’s death and cheating them of the funeral by skipping over the emotions that arise during the burial robs them of the necessary catharsis and stirring experience, which is why so many people read novels in the first place.

Don’t overdo it and slow to a stop. You don’t need to describe every detail of the funeral and burial down to the receiving line and the last cup of coffee served back at the house afterwards.

It does mean that not only might you be interpreting ‘show don’t tell’ wrongly but the person who wrote that comment might be, too. Sometimes feedback is misdirected and what you really need to hear is ‘slow the pace’. Show don’t tell advice is drummed into writers and editors so hard that it is almost the go-to criticism whenever a chapter doesn’t set the reader on the edge of her seat.

Avoid unnecessary, frustrating revisions. Ask yourself if you really need more adjectives and dramatic portrayals, or if you got caught trying to skip over an important scene. Maybe what your manuscript needs is more or extended scenes, especially if they are ripe for stirring strong emotions in the reader.

Gila Green grew up in Ottawa, Canada, traveling widely. She lived in South Africa for almost a year, and in her 20s moved to Israel. 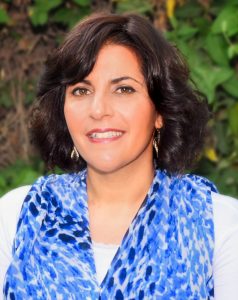 Green always wanted to be a writer but had no idea how to go about doing so. She received a degree is in journalism, and with three small children, joined a writer’s group and somehow very quickly became more of the teacher than a participant. During this time, the first-degree program for writers in English opened up in Israel. Pregnant with her fourth child, Green’s husband saw her frustration and told her just to apply and they’d work it out. Green says she had no idea what she was doing but sent in a story she’d written in her writer’s group and was accepted into the master’s program.

The rest, as they say, is history. Green published her first story in the second year of the program in a Canadian literature magazine, The Dalhousie Review. That story, “Spider Places” is part of Green’s collection White Zion coming out in April 2019. Green spent the first few years writing short stories only. Today, she has just released her second novel, Passport Control. Busier than ever, her first YA novel, No Entry is being released with an eco-press in Australia and will be part of a series.