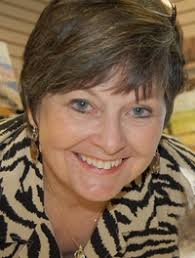 C. Hope Clark’s career as an author spans all types of writing – freelancing, the non-fiction book, The Shy Writer, and two mystery series centering on strong, Southern heroines. Besides all that, Hope is the editor of the bi-monthly FundsforWriters newsletter.

Kathryn Schleich: I’ve been a Total Funds for Writers subscriber for several years, so I know some of your story.

Hope Clark: I was copy editor and editor of my high school yearbook. I looked forward to every essay-type test in college, knowing that style of testing was strong in my wheelhouse. My writing earned me every promotion I ever received with the USDA, though I wasn’t a writer. Even working for the federal government, I learned how to write my way into opportunity. Writing is often the first perception in the government systems, and I relished the opportunity to lead with my words. A peer asked me why I wasn’t writing for myself…so I started doing so with freelancing and drafting my first novel…in my 40s. When I learned I could support myself on my freelance writing, I made a conscious three-year plan to retire as soon as I had the minimal 25 years of service.

KS: How long have you been writing?

HC: I’ve been writing my entire life. I went full-time at age 47 but that isn’t when I started writing as you can see. I wrote consciously and strategically using writing to make advances. I call myself a writing whore. Pay me and I’ll write it. Looking back, I’ve been doing that since high school. But I started “trying” to write novels and sell them in my 40s. Maybe I am a late-bloomer in some people’s eyes, but to me, a serious writer has been writing since they learned their ABCs, and they consciously endeavored to improve it the entire time.

KS: Your first book, The Shy Writer, was non-fiction. What motivated you to move into fiction, writing mysteries?

HC: (Laughing) I wrote the first draft of my mystery long before I started earning money as a freelancer or wrote The Shy Writer. I could not sell it, which I learned after reading it four years later. My voice wasn’t ready, and I hadn’t learned how to properly deepen character, strengthen dialogue, or evolve the plot. That’s what the public doesn’t see or understand. Writers do tons of writing that never sees the light of day. In my opinion, too many writers independently publish what should not be published. Every first novel ought to be a practice book. There ought to be ten times more writing deleted and exorcised from your writing efforts than ever gets submitted. My first novel was written from scratch three times. I did not want the errors of my first attempts sneaking into my subsequent manuscripts, so I kept an outline and started over each time. Even the outlines changed. Writers MUST be willing to throw work away, and that means not storing it in some file to steal from later.

KS: You’ve authored two mystery series, The Edisto Island Mystery and Carolina Slade with two no-nonsense female leads. Chief Callie Jean Morgan is a flawed police officer and Carolina Slade starts out a government “bean counter” and becomes an internal investigator. Carolina Slade draws on your knowledge of agriculture which helps Carolina speak the true language of the field. Of the two women, who most closely resembles you?

HC: Slade, without a doubt. I did her job with agriculture, and I met my husband, a federal agent, while on the job. I always felt I stumbled through investigations, so I made her do the same. However, I juggled the seriousness of politics and investigations while having to come home and tend to the kids and pretend everything was fine. And I enjoy bringing my love of outdoors into her job. Both my series explore my love of South Carolina. The state is way more than Charleston, Hilton Head, and Myrtle Beach, where all the tourists go.

Callie was created at the request of my publisher. They wanted me to diversify and gave me the parameters of creating a series that: 1) had a bonafide law enforcement official, 2) was set at one locale in SC, and 3) had loads of family angst. I placed her on Edisto Beach. By my publisher pushing me to test myself outside of Slade, my writing grew. I’m so happy they pushed me to try something new.

KS: Where do you find your ideas? You’ve been married to a veteran federal Special Agent of 30 years. Does his background help you write crime mysteries that are more authentic than many mysteries?

HC: I love mysteries. I love crime. My husband and I met on a bribery investigation. A farmer offered me a bribe and my husband was the agent who reported to solve the case. I loved the work, and he recognized it. Until we became a scandal and dated each other which is a bit frowned upon. Made for a great premise for my first novel, only I had to insert bodies and more crime and danger than took place. But yes, hubby keeps my stories realistic. I do the plotting, but he keeps me technologically sound as well as offers suggestions here and there. He listens to me read the chapters aloud rather than read them himself, which helps me edit.

KS: You also write the weekly FundsforWriters newsletter with 35,000+ subscribers, a biweekly newsletter called TOTAL FundsforWriters, freelance, and have published an undated version of your original nonfiction book, The Shy Writer Reborn. That’s not to mention your speaking engagements and public appearances! How on earth do you organize your time so that everything gets accomplished?

HC: It’s a matter of prioritizing. If it’s about the income, then the income producers come first. Each year that changes for me. Sometimes speaking is much of my income. At other times it’s advertising in my newsletters and on my website. Freelancing runs a second or third most years, but it’s a sufficient enough income stream that cannot be ignored. The novels are a long-tail source of income, meaning you work to earn an income downstream…. not immediately. It takes building a library of books to start earning any sort of reliable income. And the books need to have something to do with each other – same genre, same series, etc. You don’t gain traction with several books in all sorts of genre or topics.

In my earlier years I chased income; therefore, freelancing was my focus. As my book number and interest increased, I gave them priority. I keep a calendar with clear deadlines for manuscripts, speaking, freelancing, etc. It was harder in the earlier years, but I was eager to chase anything then. These days I know that FundsforWriters is a huge part of my platform, income producer, and source of freelance invitations, and I’m lucky enough for those deadlines to be routine and easy to orchestrate. It takes half my day. The other half is devoted to the novels, their research, and promotion. No two days are alike, and while one day may be ALL FundsforWriters, another day will be ALL novel. I just keep a clear calendar of deadlines and benchmarks leading to those deadlines. Writing doesn’t just happen to you. You make it happen.

KS: What’s the best writing advice you ever received?

HC: Write daily. I’m a firm believer in it. We don’t skip days and weeks at any other profession, and if you choose to make this profession a career, then you report to work daily…whether you feel like it or not. Real career writers write regularly without waiting for a feeling. I’m not a fan of muses or block. I’m a fan of showing up and writing…regardless.

HC: How you write, what you write, and however you publish, OWN IT. Do not look at the writer next to you and wish you were like them. Do not settle for self-publishing because you think you cannot get accepted traditionally. Instead, if you self-publish, go at it with passion and a vengeance. Make it successful. If you halfway pursue writing, worried about failure, then you can only halfway succeed at it. There are no miracles here. There’s only hard-earned success from the blood and sweat you pour into learning how to write, how to publish, and how to promote.

C. Hope Clark’s latest release is Newberry Sin, the fourth in the Carolina Slade Mysteries. She is currently under contract for book five in the Edisto Island Mysteries and hopes to keep cranking out mysteries every 9-10 months for as long as she can type.

Leave a comment below if you have any other topic ideas, thoughts, or questions!