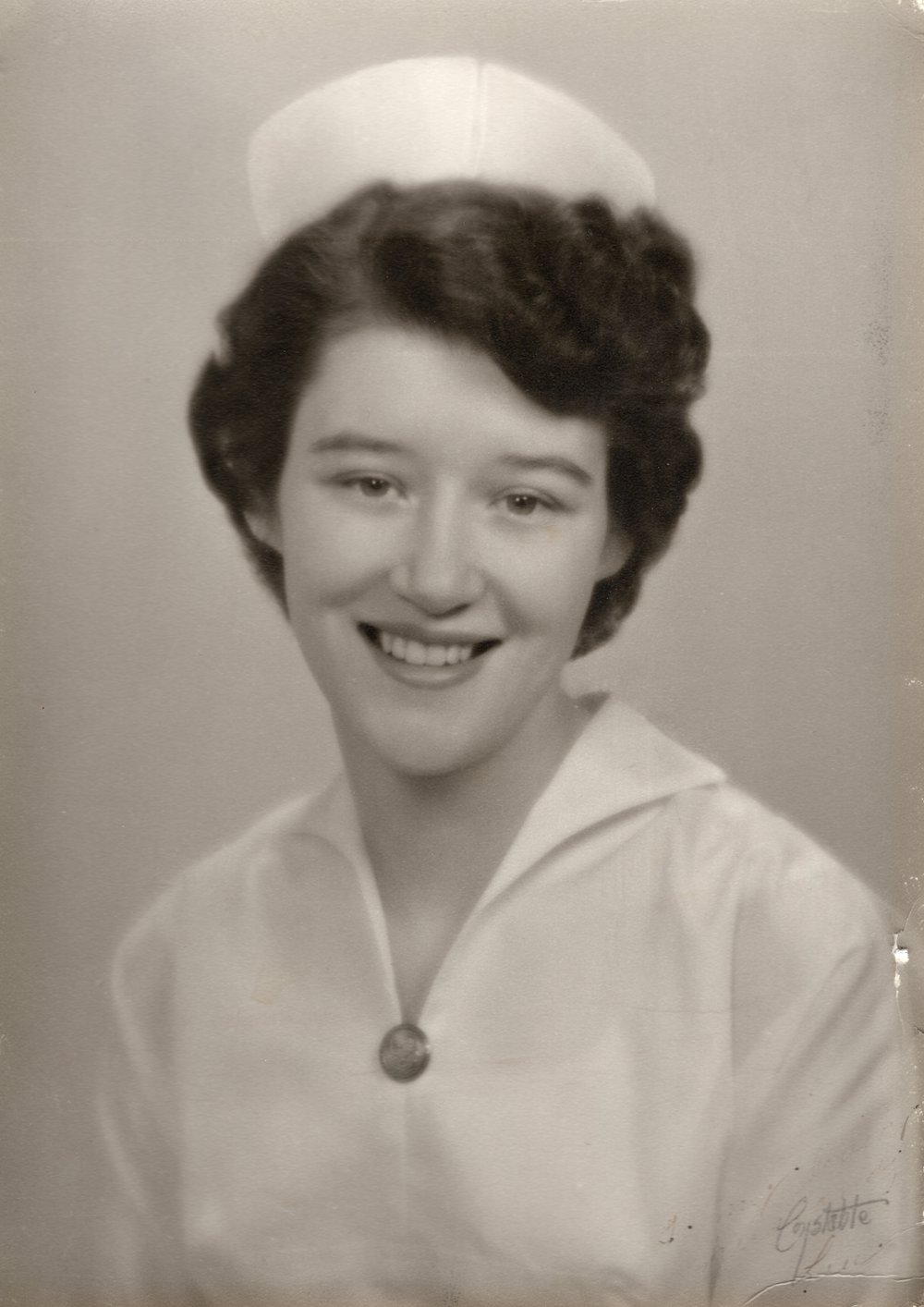 On this final day of Women’s History Month, I want to recognize my mother, Louise, who is celebrating her 86th Birthday today and had a part in changing history for women. She would be the last to admit she was an agent of change in improving women’s lives. But she and my father, Jerry, helped to demolish archaic ideas at the University of Nebraska Omaha School of Nursing, that would positively impact future nursing students.

My parents met in late 1955. They fell in love and wished to marry. But the University of Omaha (as it was then referred to) had a strict policy that any nursing student who married would be kicked out of school. However, my dad had an idea. They would marry in Iowa so that no university officials or mother’s nursing classmates would read of the nuptials in the paper. On May 5, 1956 my parents, along with four close friends who served as witnesses, married at a Methodist church in Atlanta, Iowa.

For the next eight months, the newlyweds lived apart – my mother in the nursing school dorm while my father worked full-time and shared an apartment with a roommate. On the weekends mom had free, her classmates who knew of and wanted to protect her secret, distracted the dorm matron as mom slipped out an underground tunnel so she could spend time with her husband. As ridiculous as it sounds today, I am not making this up. Mother has said many times she was terrified of being caught. The university’s reasoning behind the policy? Married nursing students would get pregnant and drop out.

But the dam was breached. More nursing students started eloping just as my mother had done. Within short order, the university was forced to end this chauvinistic and harmful policy targeted solely towards women.

Mom and two other nursing students changed women’s history in another way. They compelled the university to end their discriminatory pregnancy policy. In 1957, mom was in her first trimester with me, and two other classmates were also pregnant. Exhausted from 12-hour shifts, little time to sleep, and less to study for their upcoming nursing board certification exams, they demanded the university give them adequate time to sleep and study. The university gave in. Mother passed her boards and became a registered nurse. Early in their marriage she worked as a public health nurse putting my father through law school.

My parents were married nearly 49 years and raised five children. They were the proud grandparents of 15 before my father’s unexpected death in 2005. But if my mother hadn’t been willing to take what were then dangerous risks and stand up to a large institution and petition for change, the existence of any of us might very well not have happened.

On this your birthday, thank you for being bold enough to challenge policies that were detrimental to women, and lighting the way for nursing students of the future.