Celebrating National Women’s Equality Day and the Right to Vote 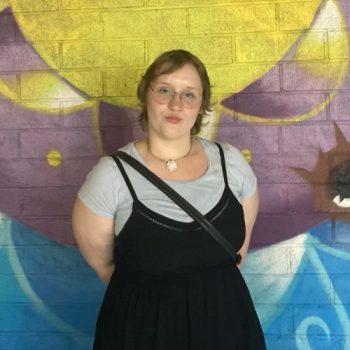 August 26 is National Women’s Equality Day in the United States because on that date in 1920, the 19th Constitutional Amendment giving women the right to vote was certified. The man applying his signature, however, made certain the amendment was signed without photographs to record this historic occasion, much to the dismay of suffragists. He insinuated a vicious stereotype that served to keep women out of the picture, literally.

Secretary of State Bainbridge Colby signed the amendment at his home, citing his desire to “avoid friction” between NAWSA and the NWP. Colby had been asked by leaders Alice Paul and Carrie Chapman Catt to be present in his office and film the event. The New York Times explained that Colby was concerned about the rivalry between Paul and Catt and wanted to avoid a public scene at the signing. Not off to the best start.

I believe that being able to vote in free elections is a privilege, not a right. People around the world die trying to gain the honor of electing their officials, one that too many Americans take for granted. I have never missed a presidential or midterm election. However, when I cast my first ballot in 1976, the wisdom that comes with age and life events wasn’t yet present. I asked my niece, Lauren, who voted for the first time in 2016 to share her experiences of a woman voting in the 21st century.

“The first time I voted, I was a freshman in college at a rather divided university. I attended Drake University in Des Moines, which, despite the label of ‘liberal arts’ , still existed in the state of Iowa and naturally represented both sides of the political spectrum, rather equally in fact. It was also 2016, a year which I feel separated the nation’s political parties more than any other election. In the weeks leading up to the election, I remember the signs written in chalk on campus, and a rather strange display involving trees covered in toilet paper, suggesting that one of the candidates ought to be locked up. I already knew that it was important for me to vote, and I was certainly spurred on by all the excitement surrounding the election. I took it to be so important that I changed my voter registration to my new Iowa address and registered to vote early. Nebraska had made me feel like it was becoming increasingly difficult for my voice to be heard (which I now know is not the case), and with the Iowa caucuses and its status as a swing state, I thought I had the opportunity to make more of an impact there.

“So off I went at the end of October, just across campus to one of Drake’s main halls. I had headed over with a classmate, and we stood in line anxiously discussing the more local candidates, trying to decide how best to vote for candidates we didn’t really know and for what was best for a place we weren’t really from. I had never imagined that my first time voting would be for a female candidate, but I felt a sense of pride as I cast my ballot. In 2020, I again would have the opportunity to support a female presidential candidate when I caucused for Elizabeth Warren. The right to vote, and the distinct privilege it has been to support female candidates, including current vice president Kamala Harris, is something I hold very close to me, even if I hadn’t realized it at first. At 18, I had been excited to vote because it marked a transition into adulthood and made me feel that I had a say in the future of our country. It was energizing to think that I was at that moment making history by voting for a female presidential candidate, it was a joy to see VP Harris make history as the first female vice president of the United States, and that energy it gave to me has only grown.

“To be able to vote for women as a woman gave me a lot of hope for the future of our nation. It is not the only step that needs taking for minority groups in national politics, however, it did make me feel that there even was an opportunity to take steps! I think about how cool it was to vote for somebody who I felt like represented me, and now I vote with the mindset that everyone deserves to feel that way. We need more representation of our actual population in national politics, and my voting experience has cemented how important that connection can be when it comes to encouraging people to vote. It is hard to break into a system that was created by and for white males, and I admire all of those who have done so. The act of voting is not something I take lightly, but the right to lead is something that those who have entered it with great privilege should not take lightly either.”

It is exciting to view women, many of color, rising to positions of respect and influence in politics. I actively participated in encouraging people to vote in 2020 by writing letters for the Vote Forward organization, an endeavor I plan to continue. After all, voting and equality is the backbone of our democracy.