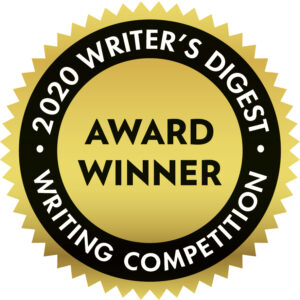 This essay was an Award Winner in the 89th Annual Writer’s Digest Writing Competition in 2020.

Even in the bleakest of circumstances, hope still finds cracks to emerge. That’s how I felt while looking at an old photograph of three young children, one of them my husband as a boy. Only 3 ½ x 3 ½ inches, the black and white image appeared flat and slightly blurred.

My husband Terry, his brother Tim, and sister Therese were in front of a drab cement wall. They looked small and stiff against the concrete barricade stacked high behind them. Wearing a white sweater, Therese stood out against the drab gray; the boys in darker clothing blended in with the desolate landscape. Therese had her left foot in front of her right, as though she’s ready to run to safety at the first opportunity. No one smiled.

“Where was this taken?” I asked him.

He leaned over and peered at the image. “Oh, that was at the Berlin Wall. It must have been the summer of 1968.”

Terry grew up in an Air Force family; his dad had enlisted as a career soldier, and they had lived on military bases in Virginia, Georgia, and Illinois. The summer they visited Berlin they were living in Germany for the second time. While the family lived in Europe, his parents made a special effort to be sure their children experienced places most American kids only heard about in school.

“How old were you guys when this was taken?”

“I was ten; Tim was six, and Therese was four.”

Just little kids. “I’m surprised the German soldiers even let you take a picture,” I said.

“Mom wanted a photo of us at the Wall, and she wasn’t going to be denied.” He laughed. “She kept saying, ‘Back up! Back up!’ We were right against the wall, with armed guards on either side. The three of us were starting to get scared and just wanted her to take the picture.”

I tried to imagine the scene. My family certainly didn’t have photos of exotic places like Germany in our albums. My parents owned a real estate company in Nebraska, where we had put down roots long and deep. In the realm of worldliness, Terry and I were complete opposites. He had traveled extensively, and I had been nowhere. To me, a photo of him and his siblings in front of a genuine artifact of the Cold War was fascinating.

Once the picture was taken, Terry said, he and his family walked up onto a viewing platform, where they could see across the desolate 100 yards separating the two countries.

“From the raised platform, you could see beyond no-man’s land into East Germany,” he explained.

“There were barbed wire fences, barricades, minefields, and guard towers between the two sides. All the buildings around it on the east side were either bricked up or boarded up. They didn’t want anyone to escape, and it really was no-man’s land.”

The photograph reminded Terry that his parents had also filmed their visit that day. I knew his family had shot home movies of their travels in Europe, but this was one I had not seen.

My spouse had to beg his parents to transfer the film to CDs. In their minds, these were just boring vacation spots no one else wanted to see. But as I watched the Berlin Wall, the brief, silent film was much more than that. The 8 millimeter movie camera recorded eerie images in grainy black and white footage, moving slowly over the spiked barricades and minefields, past the checkpoint and grimy, vacant buildings. Whoever shot the film panned the camera along the ominous wall, briefly lingering over a wreath left at the site.

“Why is there a wreath?” I wanted to know.

“It’s a memorial. Someone tried to escape at that particular spot, and they were shot and killed,” he said, his tone matter-of-fact.

I had to process this chilling scenario. To me, the Berlin Wall was something taught in history books, but Terry had been there and seen the site where someone had been shot for no other reason than wanting to cross to freedom.

At the time, we were getting ready to travel to Europe during the summer of 2004. The Berlin Wall had come down, making me want to know more about its menacing past.

“What did you notice on the platform?” I asked.

Terry paused, reflecting on the event. “There was a German family standing next to me. As I watched the parents and two kids, I realized that they were waving at someone on the other side. I looked across and saw the grandparents waving back. Both the parents and grandparents had binoculars, and it was obvious they came here on a regular basis. The kids were dressed in their best clothes, and despite the circumstances, I saw joy on their faces.”

I thought of my own grandparents and how lucky we were to have their help taking care of us when our parents had traveled. Plus, always delicious aromas wafted from Grandma Schleich’s kitchen – of rye bread or coffee cake baking, a turkey roasting in the oven. Every Christmas, Grandpa and Dad stayed up until the wee hours, assembling the latest toys, so that Santa’s delivery would be ready before my brothers and I awoke at dawn’s first light. Once I heard Terry’s story of the separated family could I fully appreciate the gift of my own.

Terry shook his head as he continued. “It was the first time I could associate something physical with sinfulness,” he said. “What I witnessed that day influenced my decision to enter the seminary.” My husband was a newly ordained Catholic deacon; and though he was barely ten when he visited the Berlin Wall, he was only now able to articulate the effect of evil.

That summer after finding the photo when we arrived in Berlin for a brief one day visit, Terry was drawn inexorably to the site of the Wall. He handed me the camera and moved to stand where the earlier photo had been taken.

“Be sure and get my feet in the picture,” he said.

The feet were very important. Where Terry stood on that July afternoon, bricks had been laid. The pavers existed throughout all of Berlin now, designating wherever the Wall divided east and west. The German people never wanted to forget.

The vacant buildings, barbed wire, and minefields of no-man’s land had been demolished and the area transformed into an upscale business district. Instead of guard towers, steel and glass skyscrapers rose above the road. Luxury automobiles were parked in tight formation along the curb on the same barren stretch in his family’s home movies. In this new picture of my husband, there was no fear, just the excitement of a man returning nearly forty years later and experiencing this monumental change firsthand.

Checkpoint Charlie still existed, but only as a replica. Visitors approaching from the east encountered sandbags and a cardboard Russian soldier, those coming from the western side—an American soldier. This gave tourists only the slightest idea of what they would have experienced crossing the checkpoint under Soviet rule, but the once infamous spot had traded fear for cheesy reproductions, complete with vendors selling “authentic” pieces of the wall.

“My parents won’t believe this is the same place,” Terry said, snapping pictures of the checkpoint model.

The sleek buildings lined up for blocks, glinting in the summer sun. It didn’t seem possible that we were walking on a street that not so very long ago, buried explosives lay in wait, and barbed razor wire served as a visible deterrent.

The Wall itself evolved from a worldwide symbol of oppression to a protected historical relic. East Germans were so anxious to dismantle this infamous barricade that segments had to be intentionally preserved. Otherwise, there would have been nothing left of the Wall for history.

Months after our Berlin visit, Terry gave his first homily as Deacon at a Mass celebrating graduations. I settled into the pew expectantly, excited to see my husband in his new role. He had talked to me about what he planned to say, but I had not heard the homily in its entirety. When he spoke, I heard his description of the Berlin Wall and all that he had witnessed in 1968—especially the family waving to each other across no-man’s land.

“Anything that puts a wall between us and breaks that human and sacred connection is a sin,” he explained. “For me, the Berlin Wall was a concrete, visible symbol of sin. Yet, even across boundaries, that family stayed united. Their connection wasn’t physical, but spiritual, something no one could take away.”

Then, he posed a question to the graduates. “Where do we find those connections? They’re present even at the Berlin Wall because no place is completely devoid of God. We find most of our connections in family, friends, and the church community. So, as you go out into the world, you need to stay connected, but it is a skill that takes practice. Keep in touch with those who care for you, nurture you, and bring out the best in you. Take the time to visit and be present to others, for it’s in that shared connection that we find hope.”

The presiding priest was deeply moved, telling the graduates, “Take the beautiful homily Deacon Terry has given you and keep those connections alive.”
I sat in my seat with tears in my eyes, remembering my husband’s old family movie, the modern Berlin street, and the little boy by the wall who had become the thoughtful man speaking to the graduates.

There are two family photographs of the Wall’s place in Germany’s history—one black and white, one in color—mounted together in a hinged frame. Three young children stood against a physical symbol of oppression and death, represented in the bleakness of black and white. In direct contrast is the photograph in pulsating color of a smiling middle-aged man, the desolate no-man’s land vanquished and the hope of thriving new life.

When I look at those photographs today, they remind me that hope and personal connections are far more powerful than evil. Even in the stark and inhospitable, the resilience of human bonds charge through the darkness and savor the light.