Losing Myself in Great Crime Books

Indulging my love of mystery and crime, I just finished reading the true crime novel, I’ll Be Gone in the Dark by Michelle McNamara. The author became obsessed with finding the serial rapist and killer, who more than 10 years ago committed fifty violent rapes in Northern California, and then moved south, where he upped his game to murder. Three decades passed before McNamara, a true crime journalist who hosted the popular website, True Crime Diary, was determined to find the psychopath she named The Golden State Killer. Police had called him the East Area Rapist but McNamara realized he was more than that.

McNamara immersed herself in old case files, interviewing victims and law enforcement officials who refused to let the case die. Her meticulous and brilliant writing captures the distinct time capsule of the late 1970s and early 1980s. The picture she renders is so detailed, readers are transported to the East Bay Area and semi-desert of California in the period. Tragically, Michelle McNamara died unexpectedly in her sleep in April 2016, before the Golden State Killer’s arrest in 2018. Joseph James DeAngelo was arrested in 2018, fulfilling McNamara’s dream of discovering his identity. It’s a riveting story, giving a firsthand look at tireless police work. My only disappointment in the novel is the scant information on DeAngelo – I wanted to know who he was, what he did for a living, and why he became a terrifying monster in the flesh, whose crimes suddenly stopped. In future editions of I’ll Be Gone in the Dark there will be more on who this man is. An HBO documentary is currently in production.

In preparation for hearing James Patterson speak and having the opportunity to meet him at the Bouchercon LIFT Literacy Gala next week, I am reading the first book of his “Women’s Murder Club series,” The 1st To Die.  Four San Francisco crime solving friends—a homicide inspector, medical examiner, district attorney, and crime reporter—come together and form the Women’s Murder Club when conventional methods fail. They begin a collaboration in pursuing a killer whose crimes have terrorized the city. The Women’s Murder Club is so popular that Patterson has written 19 books so far including the latest released just this month: 19th Christmas.

One book told the horrifying tale of true crime events and the other is a murder mystery of fiction. What both McNamara and Patterson have in common is the ability to masterfully tell a story. Readers find their tales gripping and come back for more. For me, reading these novels has been a master class in lyrical writing, murder, suspense, and mystery. 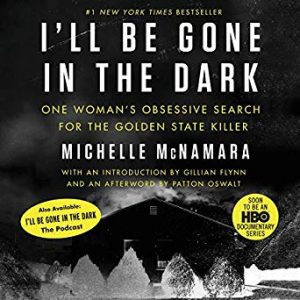 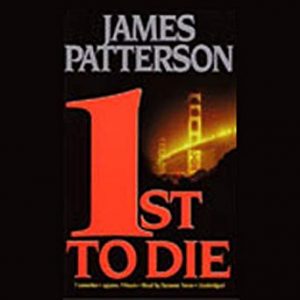