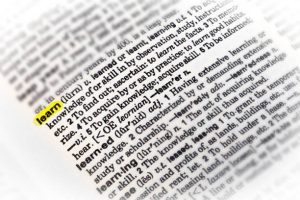 Where would we writers be without the dictionary? National Dictionary Day is October 16 and we can celebrate by learning a little history about Noah Webster (although I personally prefer the Oxford Dictionary nowadays and a good Thesaurus).

Who was Noah Webster?

An American lexicographer known for his American Spelling Book (1783) and his American Dictionary of the English Language, 2 vol. (1828; 2nd ed., 1840). Webster was instrumental in giving American English a dignity and vitality of its own. Both his speller and dictionary reflected his principle that spelling, grammar, and usage should be based upon the living, spoken language rather than on artificial rules. He also made useful contributions as a teacher, grammarian, journalist, essayist, lecturer, and lobbyist.

Webster completed his dictionary during his year abroad in Paris, France, at the University of Cambridge.  His book contained seventy thousand words, of which twelve thousand had never appeared in a published dictionary before. Note: I researched Webster and discovered today’s dictionary is larger than Webster could have ever imagined. In the 1993 edition there were approximately 470,000 entries. In 2017 the year of another extensive Merriam-Webster update over 1,000 new words alone were added.

As a spelling reformer, he believed that the English spelling rules were unnecessarily complex so in his dictionary he introduced American English spellings, replacing “colour” with “color”, substituting “wagon” for “waggon” and printing “center” instead of “centre”.  Webster also added American words such as “skunk” and “squash” that did not appear in British dictionaries.  He believed The United States “should be as independent in literature as she is in politics.”

Webster took a more phonetic approach to the development of his dictionary.  Interestingly, the word didn’t appear when Webster published his dictionary in 1828 at the age of seventy. However, of the 70,000 entries, the word phonics is one. The dictionary sold 2,500 copies. In 1840, the second edition was published in two volumes.

The majority of this information taken from National Calendar.com