No Change, No Justice, No Peace

The killing must stop. George Floyd is the Minneapolis man murdered two weeks ago by a racist white cop, as other equally guilty law enforcement officers stood watch. Mr. Floyd begged for his life as his death was recorded by distraught witnesses. The protests that followed brought forth generations of suppressed anger at continued racial discrimination, income disparity (worse in Minneapolis than other large cities), injustice, police corruption and other unfair and illegal practices. George Floyd had his very breath crushed out of him in a tragedy that cannot happen again. Millions of people have suffered

Perhaps this time is different. Is it too much to hope that it will be the last time an innocent person of color is brutally murdered? That systemic racism will at long last be eradicated? When your own beloved community is in flames and you fear for the safety of friends both of color and white, your perspective is forever changed.

During the curfews throughout the Twin Cities, Dr. Artika Tyner made this poignant observation and challenge: “The tragic death of Mr. Floyd and the aftermath has only deepened my resolve to continue the work of Planting People Growing Justice. I watched from my window as my hometown (St. Paul, Minnesota) was on fire, and our youth were running in the streets, and the air was filled with the intensity of pain. I will work even harder to train the next generation of leaders. This gives me hope.”

Dr. Tyner’s words give me hope too – that we can put an end to injustice, hate, bigotry, divisiveness, and inequality by training young people as leaders for the future and working together. The death of George Floyd is another horrific stain on our history. It cannot be in vain. It stands across the world as a catalyst for long overdue change. 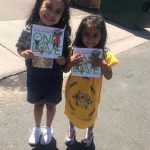 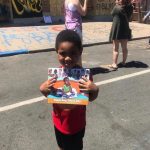 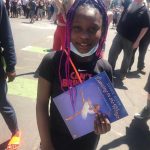 At the intersection where Mr. Floyd died, Dr. Tyner partnered with a local author to donate over 100 books in his memory. In these times of immense tragedy, wonderful pictures of smiling children holding their books should give us all hope. How can we help implement that hope and change? I’ll start with inspiring quotes from African American leaders:

“Without education, there is no hope for our people, and without hope, our future is lost.” -Charles Hamilton Houston

“The way to right wrongs is to turn the light of truth upon them.” -Ida B. Wells

“Give light, and people will find the way.” -Ella Baker

Personally, I have chosen to increase my involvement with two organizations that are committed to facilitating this change. The first is Dr. Tyner’s nonprofit leadership institute, Planting People Growing Justice. The second is supporting groups dedicated to ending police violence and laws meant to subdue the African American community. I have also decided to close all of my accounts with a major financial institution. As a licensed real estate agent, I learned this year in our Fair Housing unit (required every two years) that this institution has been guilty of discriminatory loan practices, red lining  and other illegal activities.

For more ways to become active, here are two resources. The first provides educational materials in the form of books and classroom handouts on the issue of racial inequality.  The second, 75 Things White People Can Do For Racial Justice – Equality Includes You, gives a wealth of options. Some may be surprising.

Margaret Mead once said, “Never doubt that a small group of thoughtful, committed citizens can change the world; indeed it’s the only thing that ever has.” It should not be just a small committed group dedicated to improving our world, but all of us. Individuals such as Artika Tyner who recognize the power of our young people to change attitudes are proof that being agents of change and hope happens locally, nationally, and the world over. This is the bedrock of our future.