Two of them were just babies. Captain Linda Turner had been a homicide detective for over ten years, but this crime scene was still a shock. Half a dozen murders are considered a bad year, she mused, striding toward the scene. Three bodies accidentally discovered through an innocent act: an inquisitive dog burrowing deep into the flower garden behind its new home and bringing its master a gruesome prize.

“Morning, Steve,” she said. The cop guarding the area raised the yellow plastic Police Line—Do Not Cross crime tape as she folded her body and slipped under. “I understand the owner’s dog found the bodies.”

“Good morning, Captain. Yes, ma’am, he recently moved to town, the pastor of University Disciples of Christ Church,” Steve offered. “He made the 911 call.”

This was all the information Captain Turner had on this breezy May morning. The smell of freshly turned soil and blooming flowers combined with a stench she knew all too well. Behind the neat limestone house, the flower garden was cordoned off, and evidence flags and numbered photo markers dotted the soil with yellow. A crime scene photographer had finished documenting the shocking scene, and the coroner was directing forensic experts gingerly extracting human remains from beneath the black earth. The bodies were wrapped individually in blankets, fragile from decomposition. The badly deteriorated remains were gently uncovered, revealing two young children dressed in tattered Disney pajamas. One body clad in pink Disney princesses and the other in Mickey Mouse gave Linda pause. The little girl and boy lay on blue plastic tarps spread over the grass, human jigsaw puzzles waiting to be solved. Linda couldn’t look any longer and turned away, her free hand covering her mouth, breathing through her nose to keep from gagging.

It had happened before, but the horror of murdered innocent children always had the same effect: Linda couldn’t stop until the depraved killer was found and convicted. She didn’t have any children of her own because she had invested 110 percent into her police career, but she was a favorite aunt. Linda envisioned the sweet faces of her nieces and nephews, all under the age of ten.

The back door swung shut with a loud bang, snapping Linda into the here and now. A familiar figure strode toward her. Tall and lean, Lieutenant Lyle Dale was a twenty-year veteran of the force. Dressed in a tailored dark suit and cowboy boots—always cowboy boots—he cut a striking figure. Linda met him halfway across the lush lawn.

“Morning, Lieutenant. Bring me up to speed,” she said, gesturing toward the vigilant CSI team.

Lyle spoke matter-of-factly. “One adult male and two small children. CSIs are still looking for a fourth body, but no luck so far.”

“I assume that would be the mother?” Linda asked, watching the hive of activity.

“Yes, they do,” Linda acknowledged sadly. She strolled back toward the partially excavated garden, shading her eyes from the rising spring sun.

“Walk me through the discovery.”

Lt. Dale cleared his throat. “If it weren’t for the Reverend Martin’s very large and curious dog, Kris Kringle, the bodies might have gone undetected. According to the reverend, Kris is always dragging home roadkill or what have you. This morning, Kris took to digging in the flower garden and brought his master a human leg.” Lyle turned toward the house. “Rev. Martin followed his dog out here,” he added, tracing the pastor’s path in one motion ending at the garden, “where he discovered additional human remains. At which point, he called 911.”

A strand had come loose from the ponytail securing her blonde hair, and Linda casually brushed it aside. “Any idea yet who they might be?”

“That’s where it gets intriguing,” Lyle replied. “Rev. Martin moved into the parsonage about eight weeks ago, replacing the former pastor named Gregory Hansen, who’d left to pursue missionary work in Africa. Rev. Hansen was married and had two young children. After the Hansen family moved, the national missionary office for the Disciples of Christ contacted the church concerned that the Hansens had never arrived.”

Linda glanced toward the corpses and the growing mounds of dirt from the excavated garden. “Three bodies. What are the chances that the Hansen family never left town?”

Lyle nodded, his face grim. “That’s my thought—that these are Rev. Hansen and his children. But we’ll need autopsies to confirm that.”

The sour feeling in Linda’s stomach made her think Lyle was right, but she had another question. “Did the church contact us or file a missing person’s report?”

“The church secretary confirmed a missing person’s report was filed when the national Disciples office called to say the Hansens weren’t in Cleveland,” Lyle answered, following her gaze.

“I’ve already got staff ready for interviews,” Lyle interrupted. “Rev. Martin is very willing to cooperate and has agreed to let police search the house and take prints. Then there’s the church secretary, Darlene Jordan, who specifically asked to speak with the person in charge.”

Linda removed a small pad of paper and pen from her jacket pocket, scribbling notes. “I’ll talk with the church secretary. Once we’ve secured the house, you and Amy start canvassing neighbors and church members.”

“Right. One other thing: both Amy and I detected the odor of bleach throughout the house, as though someone was cleaning up after themselves.”

“Captain Turner? Ma’am, there’s a reporter from the Journal Star asking to speak with you.” It was Steve, the strapping, young, uni- formed officer assigned to keep bystanders away from the scene.

“I need to give the press a preliminary statement,” Linda acknowledged. “We haven’t seen a case involving the murder of children in quite a while, so it’ll merit extra attention. I’ll see you back at the station.” Linda strode toward the quickly forming gaggle of reporters with Steve at her heels.

Cases like this were one reason Linda Turner loved her job. Her dedication and tenaciousness had assured her promotion as the youngest person to attain the rank of captain in the LPD. Sifting through the clues of a tangled mystery, discovering which pieces fit and which led to a dead end, then assembling that evidence into a case to catch the perpetrators and bring them to justice were what had made law enforcement so enticing.

But there was an unhappy downside to her meteoric rise. No longer was there anyone to come home to and share a lifetime with.

To preserve her sanity, Linda made the choice to delve deep into her career, personal needs be damned. This case was already tugging at her emotions. Those children’s bodies haunted her. Who would savagely murder a pastor and innocent children, burying the evidence in a flower garden? Why? And most troubling, where was the mother? Linda made a silent vow to find out. No matter what. 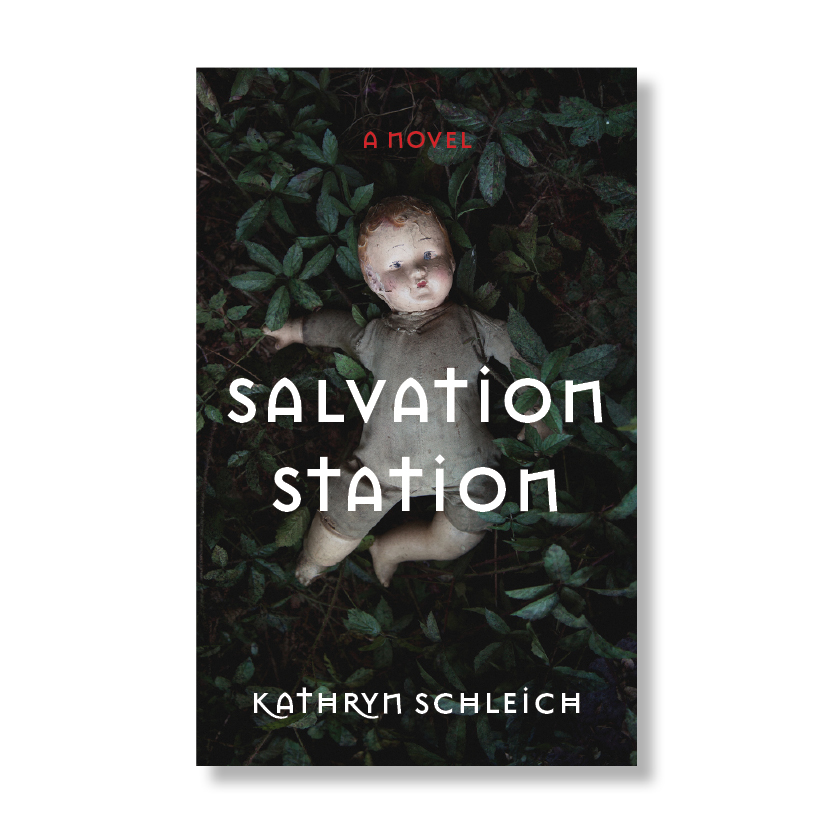